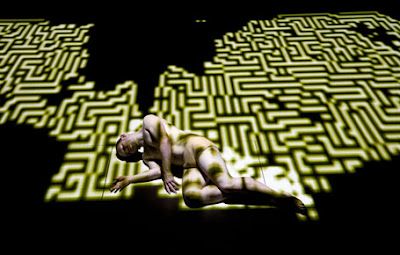 Chunky Move is an Australian contemporary dance company, saw them performing "Glow" last year during Cinedance Amsterdam and it was amazing, this piece called Mortal Engine gets the breathtaking category with Ben Frost Theory of Machines as soundtrack

" Mortal Engine is a intermedia dance performance using movement and sound responsive projections to portray an ever-shifting, shimmering world in which the limits of the human body are an illusion. "