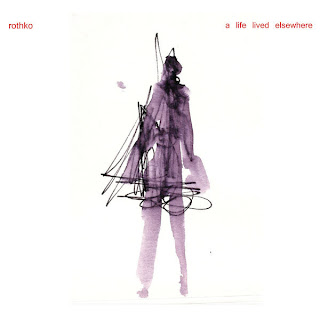 Based in London, Rothko have been in existence since the spring of 1997, playing their first show at The Hope and Anchor in Islington in August the same year. Their first release was a 7" single, For Danny, on Fierce Panda in the Autumn of '97 and the original line up of Mark, Crawford Blair and Jon Meade, went on to release EP's, singles and three albums, on labels such as Lo Recordings, Bella Union, Foundry, Kraak, Zeal and Narwhal.


The original line up disbanded in 2001 and Mark carried on the Rothko name.

His first release on his own was his collaboration with Japanese ambient master Susumu Yokota, the 12" EP Waters Edge on Jon Tye's Lo Recordings, and then the album 'A Continual Search For Origins' and 7" single Red Cells on the Too Pure label in 2001.

In 2003 Mark started his own label, Trace Recordings, releasing the critically acclaimed Wish For A World Without Hurt album, a collaboration with BLK w/BEAR [aka Washington DC based sound and visual artist Jim Adams] Since 2004, the line up has been Mark with Michael, Ben and Tom. In the last year they've played festivals and toured in the UK, France and Belgium, and in June 2006 released the EP A Personal Account Of Conflict on BadHand Records.

How could you describe Rothko distinctive sounds ?

hi tiago, thank you so much for taking the time to ask some questions .
well, the sound we make differs from the recorded sounds to the live sounds.
but, everything originates from the melodies played on the bass guitar, and practically every track is built from around a bass melody. that is where everything comes from 4 strings and standard tuning can give some limitations, but, i have never strayed from that way of writing music. I just do what i do and see where it takes me from album to album.

What represents " A Life Lived Elsewhere " ?

this is the last 10 years of rothko. from the very beginning, in 1997, to 2006. it covers so many releases and unreleased tracks from those ten years. it was difficult for me to put it all together and to look back over the years, but, the reaction i have had from people so far has been so incredibly positive. it feels like it's been all so worthwhile.

I believe this is quite a difficult question , but after some of the original line up left left in 2001 , could the directions of sounds been different ? Were the ideas different ?

i think things have been very different since 2000. if anything, the recordings have become more and more sparse, even though there have been more musicians involved. this is also because i have been recording on computer since then, which has given me greater [total] control over the mixes and production, but, still, i'd like to think that the sound has continued to progress with each release, with each release since 1998. a gradual moving forward.
these things, real change, in any genre, in any way of life, take time to come to fruition. music is no different.

the only reason i named the band Rothko was because he was/is my favourite artist. when i was very young, i used to go and sit in the Rothko room at the original Tate Gallery for hours, just taking in the feel of his paintings. they will always have a deep and lasting effect on me. always.
his work will always continue to have a bearing on the music that i make. for many reasons.

Could you name a few of the most important inspirations for Rothko actual music ?

Trace Recording , how much do you feel proud of it ?

pride? i'm not proud of it.

but, of the releases so far, i have been honoured to put them out. and, the ones that are to come, i am incredibly excited to be releasing them.

i'm not proud of anything i've ever done.

What is it like to work with Anne Sulikowski ? She looks incredibly creative and the movies are so beautiful .

Anne has been incredibly kind to allow me to release her wonderful music on Trace Recordings. her album Secret Land will be out this autumn on Trace.

She is a unique artist. working in music, film and photography at such an incredibly high standard. it's important, vital, for me to have anyone on Trace who works in multi media formats and not just in music. and Anne goes way, way beyond that. She's a unique talent, and I feel blessed to be allowed to release her music.

The films that Anne has done for the rothko tracks Give Every Thing and Be Invisible are, simply, incredible.

i think/hope that she will become incredibly successful in both her music and her films and photography.

What are your favorite records at this moment ?

as long as the facts are straight, no cons.

thanks so much Tiago. best wishes, mark.

Thanks a lot Mark for taking time to answer the questions and that Rothko keep bringing us beautiful music.

The recent album, Eleven Stages Of Intervention, is out now on the very wonderful Bip Hop Recods of France

Video | Rothko - Give Everything from the album, 'Eleven Stages of Intervention', live at the Bull & Gate in May 2007.