We are very happy and pleased to receive our first guest in 2009 , A interview and mY Indie Soul with Lee Rosevere.

I've came acquaintance with the beautiful drones of Lee i think last year with the release of " Light Years " on the Net label Text Tube.

Is still today one my favorite drone releases , Deathless is smashing , gives you the idea of time travel , like ur floating inside a bubble that is driven by a minimal and repetitive impulse .

Im always curiose to know more about musicians/artists and their worlds , what's their motivations and favorite records , so with the help of Miguel Peres , Audiopleasures first collaborator with invited Lee to spend a few hours answering Miguel Peres questions and making is Indie Soul.

Lee’s music is usually pretty weird. A lot of his work is based in sample-based and avant-garde experiments. He’s also composed instrumental themes for websites and radio programs, and had music featured in podcasts and short films.

He works professionally in radio, and has won a New York Award in sound design. Lee has released a series of Creative Commons albums (free downloads) on his own label Happy Puppy Records, and contributed tracks to Comfort Stand, WM Recordings and Oddio Overplay.

1. Where do you get the inspiration, where do you search new sounds for your music?

I’m usually inspired to create as a means of distraction. I find that the world in general today is becoming more and more crazy and hard to live with, so getting lost in a musical idea or project helps keep my mind busy and off the negative side of humanity.
I look for sounds everywhere. Almost no sound is off limits, especially when it can be electronically manipulated (as I work) to turn it into something unrecognizable from it’s original source.
Similar to John Cage’s philosophy that anything can be music, I like to use sound in a musical context. Tones and notes can be derived from traditional non-musical instruments and it creates endless possibilities.

2. You have written several albums for free download. How was the whole process and why the decision to release them freely?

I’ve been recording music for about 20 years now, always done as a form of entertainment for myself. After a while, I realized that it was beginning to pile on my shelf, and it would be shame if no-one else heard it except me. It was never important for me to make money at music, that’s not why I do it, but I also knew that I would never sell any music because nobody knew who I was or what I did. So the obvious solution was to make it available to anyone who wanted to hear it, which I’ve done for the last 3 years.

3. How do you define yourself?

Well, I suppose generous, imaginative and a bit weird.

4. Have you ever consider explore other art forms beside music?
Seriously considering, no. I enjoy painting, but I don’t have the materials or the finances to explore that (it’s more expensive than music is) and I’m not very good with a camera but at least digital photography allows all sorts of experimentation without costs like film processing (which wouldn’t be worth it).

5. How are you dealing with all of this fame, working in so many projects?

I don’t believe that fame and I have anything in common. I work on lots of projects because I have a scattered attention, but I also work quickly whenever I get really involved in something. I try to finish everything I start, unless I lose inspiration and then it probably wouldn’t have turned out good anyway.

6. What are your future projects?

None at the moment – I usually just go day to day and do things as I think of them.

7. What your principal influences are, so much at musical like cultural level?

I really respect innovators and original thinkers in music as well as everyday life. I also respect people who try to make the world a better place in whatever way they can. People like Walt Disney, and Frank Capra are two, but sadly I don’t think we’ll see anyone else like them again.
There is so much despair in every day life, people need a message that makes them feel good and happy. If I’m depressed, the last thing I want is to see and hear something that just reminds me how rotten, sick and corrupted the world is. I already know that – I’d rather be shown how good humans can be to each other. People are influenced by what they see, negative and positive.

8. Each track of your album gives an idea for a movie. In which short-films do you participated?

Thanks! I like to mix manipulated music as well as sound effects, which is probably what gives it that feel.
The short films I’ve been involved in were not with my direct participation; they were produced by people I’ve never met who liked something in my music and wanted to use part of it. One was a comedy short and the other was a documentary on a glass-blower.

9. Which part of Lee Rosevere’s soul is in his music?

All of it, I guess. I think that a persons’ soul is evident in everything they do, consciously or not.

10. Which is your foresight for the development of Ambient / Electronic / Experimental music worldwide?

I think it’s developed lot already – since computer software has become more available and cheaper, there’s been a whole new generation of “laptop composers” who re-define the genre into their own style which is great, but whenever something becomes more available, it has the danger of over-saturating itself and becoming pointless.
I don’t really listen to a lot of what other ambient/electronic artists are doing, except the masters that invented the genre like Cage, Reich, Eno, Riley, etc. I also listen to more conventional music, which isn’t very evident in my own music 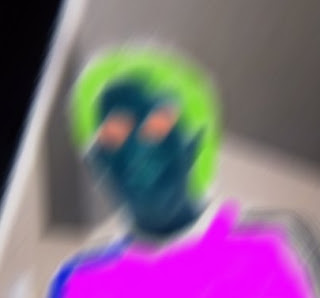 Being a Joe fan for a long time, I've loved his classical works as much as his pop music, mostly because I discovered all of his catalog at a time where I didn't have any pre-conceived notions about what he *should* be doing.

This was one of the first instances of weird time-signatures I heard when I was 5 years old and I thought the record was skipping. When I realized it was supposed to be like that, it blew me away that music could sound like that, and then tried to play like it.

Not only is Brian Eno a wonderful musician, his ideas about culture are smart and insightful. This gorgeous pairing of Brian with minimalist Harold Budd is beyond description, but it's no surprise that it spawned its own genre of music.

Canadian Bruce Haack was a childrens entertainer foremost (even appearing on Mr. Rogers Neighbourhood), but also an inventor of his own musical instruments and recording techniques. Unfortunately, he never really caught on and died in the 80s, bitter and broke without the respect he deserved.

Another Canadian, Michael Snow has been playing jazz since the 40s. But he's also infamous for his avant-garde films, sculptures and paintings, and never doing any of it conventionally. Music that challenges any form of conventionality has always been a real interest of mine.

was a big influence and love of mine when I was growing up, but so was FM, a band that were good friends with the guys in Rush and just as talented. FM were a premiere prog-rock band in the late 70s, but went for a more commercial sound in the 80s. Also plagued constantly by record company troubles, their catalog is sadly out of print, but the band are working on getting it out again.

It's no mistake that my favorite Bowie album is Low, produced by Brian Eno. This was my first introduction to the Eno sound.

I really got into making more serious music when I first heard Steve Reich. The rhythms in his music are so complex and are easily dismissed as boring or simple. Plus, his phase experiments were also very influential on me.

I'm still learning about Ives, but I find his music fascinating and the rules he constantly breaks, while inventing new ones. Some of the most interesting classical music ever made.

Any one that can make a career like Cage has my respect and constant curiosity for sheer originality and audacity. I always enjoy his art, even if I don't understand it. But I did learn that not only can you use radios, bricks and cartridges to make serious music, but it's fun too.

The musicians that played Zappa's music were awesome, in ever sense of the word. Writing music that treats the traditional rock band lineup the same as a classical orchestra without the pomposity that usually goes with that, "The Black Page" is just one of the many examples of how you can write pretty, but complicated compositions.

I've known of Metheny's music for years, but only now am I sitting down and really immersing myself in his catalog. There's so much to listen to; a truly gifted guitarist and songwriter with a talent for melodies that send shivers down my spine. I first loved this song when I heard it with vocals on his album with Anna Marie-Jopek, but hearing the original orchestrated version is another revelation.

Corner Copland is one of the most American sounding composers (in a good way) - and this composition from Our Town, evokes such feelings of melancholy and sadness, but is heart-breakingly beautiful at the same time. ***