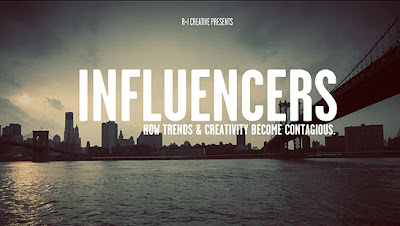 " INFLUENCERS is a short documentary that explores what it means to be an influencer and how trends and creativity become contagious today in music, fashion and entertainment.

The film attempts to understand the essence of influence, what makes a person influential without taking a statistical or metric approach.

Written and Directed by Paul Rojanathara and Davis Johnson, the film is a Polaroid snapshot of New York influential creatives (advertising, design, fashion and entertainment) who are shaping today's pop culture. "

Watch | Influencers
Posted by Audiopleasures at 19:00