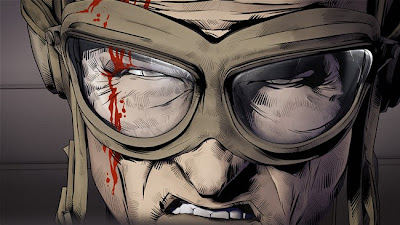 "The dimension of fighting is irrelevant, as well as the ideology behind it. It does not matter whether two people are involved or millions. What remains are only scars - bloody traces, paths of hate.”

Watch | Paths of Hate – Damian Nenow
Posted by Audiopleasures at 20:29