"Wired Italy is very proud to present to the world two of Italy's finest artists. Lorenzo Fonda is now an acclaimed film and video director: having started work with the skateboarders in his neighborhood he now lives in Los Angeles creating material for one of the best production firms in the world: English Warp Films. 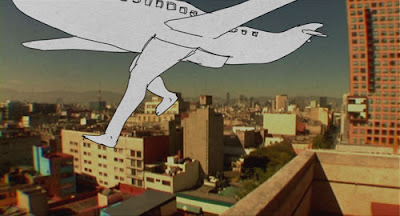 "Blu is maybe the biggest street artist in the world right now. Not many years ago he was famous for his enormous (and illegal…) drawings on the walls of Bologna, he has just painted the tower of Tate Modern in London and stormed the Internet with his epic animation named Muto, one of the biggest events in Youtube history.

Megunica , produced by Mercurio, is the story of their meeting and their travels through South America: Mexico, Nicaragua, Guatemala, Costa Rica and Argentina. It’s a unique documentary film about the incredible journey of one of the most interesting and mysterious artist of our times, directed by a raw talent mixing together different media: graphics, animation, and digital effects."