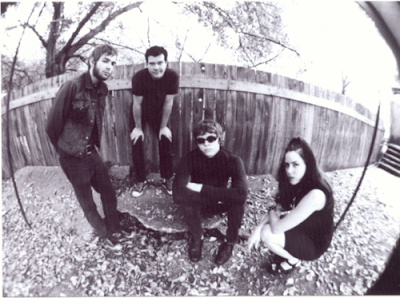 With a stockpile of analog keyboard at hand (previously collected for use in the new-wavy Sid barret-esque CLEARS) the three created a sound from a ship-wreckage of influences. The forged something from Killed by Death/Bloodstains compilations, Norwegian black metal (like Emperor, Ashes, and Darkthrone), and the then self-combusting Memphis 90’s garage rock sound(Oblivians, 68 Comeback). Rich, Jay and Alicja added an “I don’t care if it’s what’s cool, I’m gonna try it anyways” attitude to make a pile of songs that were strange and curious for a group from Memphis, Tennessee. " In The Red Full story here