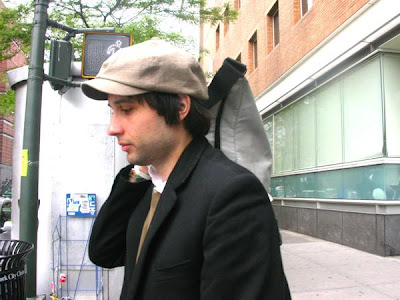 Super Audiopleasures favorite , if u like stuff around Apparat , ur gonna love this.

Roman Revutsky has a borderline pop sensibility inhabiting domains of both rock and electronica belonging to neither. A singer and a songwriter, he is expressly not a "singer/songwriter", a case of a sum at odds with its parts. An experimentalist with no time to experiment, what RR has to offer is sonic storytelling spiked with subzero man-machine spleen and sweet psycho delivery, with all songs adding up to a hypnotizing narrative of uncommon lyrical power. Roman Revutsky is based in Siberia, Russia.

Visit Roman
Posted by Audiopleasures at 03:04