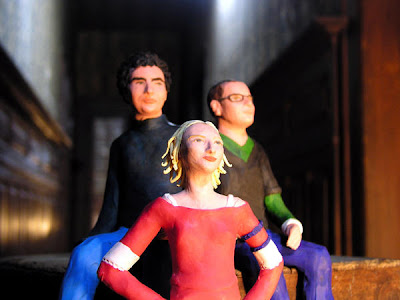 Micro Audio Waves (originally a duo) came on the scene in 2000, and began by developing compositions of a minimal and experimental orientation, the result of which can be heard in their first album (Micro Audio Waves), launched in 2002. With the addition of Claudia Efe (vocals), the project takes on new outlines. The more purist electronica gives way to more structurally classical electro-acoustic compositions, without betraying the experimental component. "No waves", released in 2004, was considered as one of the most exciting albums of the year by John Peel at BBC Radio One, and it won the Qwartz Electronic Music Awards in Paris (best album & best videoclip). With their participation in various international festivals (Lisbon, London, Paris, Madrid, Barcelona, Groningen, Prague, Bratislava...), Micro Audio Waves have become a permanent fixture in the avant-garde music landscape.