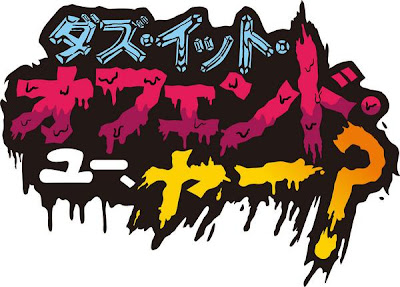 Does It Offend You, Yeah? like doing things the hard way. They called themselves Does It Offend You, Yeah? for a start, thus inviting daily Nathan Barley gags before they’d even seen the show. They’ve embarked on their famequest with two hired hands; drummer Rob and mainman Morgan are reputedly only on contract for a year, leaving the band open to the possibility of losing their frontman to his side-project, Plugs.

Now, rather than releasing 2008’s equivalent of Justice’s ‘†’, and condensing their rock/rave hybrid into a scorching debut, they’ve risked overreaching themselves. Maybe their over-ambitiousness is all Klaxons’ fault. By melding disparate genres together while still harnessing a pop sensibility on ‘Myths Of The Near Future’, they set the bar incredibly high for bands of a similar ilk. On the evidence of their debut, DIOYY want a piece of their precursors’ pie: the Mercury Prizes, the transatlantic messianic status and the celeb endorsements. So what began as an effort to bolster two blokes with laptops into a full rock band proposition has burgeoned, no doubt spurred on by the industry vultures that swarm every hyped new band, into an album that tries to please everyone at once. Worst of all, though, it has a crack at mastering ‘pop’. Thus we have ‘Being Bad Feels Pretty Good’, which, despite its bass slaps, cowbell hits and searing guitar lines, remains a pretty flimsy ’80s pop pastiche. Meanwhile, ‘Dawn Of The Dead’ is either a heartwrenching classic or vapid parody depending on what your feelings about the use of digital steel drums in a song are. Elsewhere, ‘Doomed Now’ sees vocoders singing full-track vocal lines like robots taking part in Skynet Idol and is aimed at Daft Punk but can’t quite shake off Cher.nme


Visit
Does it Offend you yeah
Posted by Audiopleasures at 21:49