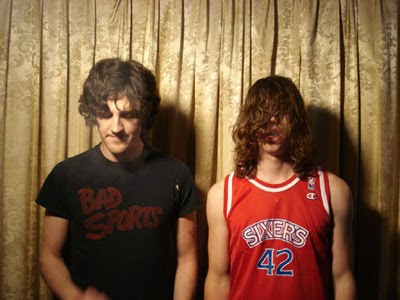 "John plays guitar and sings and Colin plays the drums. Together they make blown-out, blazing songs. They are set to release their debut LP GB City on Fat Possum Records. John was Fat Possum's worst employee 3 years ago. He wrote and recorded the whole record himself using just a drumset, a guitar, a usb microphone, a computer, and a shitload of talent. The songs are about drugs, trying to make it with religious girls, panic attacks, stealing stuff, mild to severe depression, Elvis appearing in your dreams and giving you advice, gravity bongs and the devil living inside your brain. This record is the soundtrack playing in your head when you're fucked up and walking home in the middle of the night." Fat Possum