Ben Frost and Tim Hecker in Amsterdam 1st of May 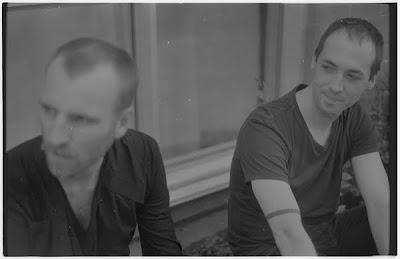 "Viral Radio is delighted to present Ben Frost and Tim Hecker at the Bimhuis on 1 May. More information on this event will be announced soon. This event is part of the Viral Radio 4 year anniversary, that will take place at OT301 (19 March), Muziekgebouw aan 't IJ (1 April), Muziekgebouw Eindhoven 2 April) and Bimhuis (1 May)."

"The music of Ben Frost is about contrast; influenced as much by Classical Minimalism as by Punk Rock and Metal, Frost's throbbing guitar-based textures emerge from nothing and slowly coalesce into huge, forbidding forms that often eschew conventional structures in favor of the inevitable unfoldings of vast mechanical systems."

“…The emotional power of Frost's music comes precisely from the stark contrast between extremely basic musical material and the deadly virtual instruments he invents to perform it… This is Arvo Pärt as arranged by Trent Reznor” – Wire Magazine, 2007"

"Tim Hecker is a Canadian-based musician and sound artist, born in Vancouver. Since 1996, he has produced a range of audio works for Kranky, Alien8, Mille Plateaux, Room40, Force Inc, Staalplaat, and Fat Cat. His works have been described as "structured ambient", "tectonic color plates" and "cathedral electronic music". More to the point, he has focused on exploring the intersection of noise, dissonance and melody, fostering an approach to songcraft which is both physical and emotive. The New York Times has described his work as "foreboding, abstract pieces in which static and sub-bass rumbles open up around slow moving notes and chords, like fissures in the earth waiting to swallow them whole". His Harmony in Ultraviolet received critical acclaim, including being recognized by Pitchfork as a top recording of 2006. Radio Amor was also recognized as a key recording of 2003 by Wire magazine. His work has also included commissions for contemporary dance, sound-art installations, minimal techo works under the name 'Jetone', as well as various writings. Tim has presented his work in a live setting around the world, including performances at Sonar (Barcelona), Mutek (Montreal), Primavera Sound (Barcelona), Victoriaville (Quebec), Vancouver New Music Festival (Vancouver), and Transmediale (Berlin). He currently resides in Montreal."