Teenage, a film by Matt Wolf 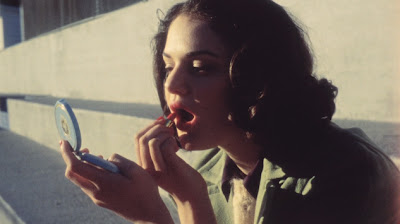 "Living in a world where terms like “teen film” and “teen star” are essential to describing such a huge part of popular culture, it’s difficult to imagine a time when the term teenager—not to mention its derivations like tween—was unheard of.

Inspired by punk author Jon Savage‘s groundbreaking book, director Matt Wolf explores the invention and evolution of teenagers in a new, historical film titled Teenage. This teaser’s been floating around for a little while and features narration by Jena Malone and the face of the Coppola family’s favorite leading man, Alden Ehrenreich. It also gives us an excellent guide of what the film will explore; from the flappers of the 1920s to the dance-obsessed swing kids and Hitler youth, teenagers went by many other names before World War II and were often seen as a threat or something that needed controlling."

Watch | Teenage, a film by Matt Wolf Teaser
Posted by Audiopleasures at 17:39